The Social Impact of CDs 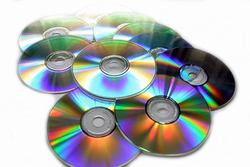 When the CD was first released it was incredibly successful, they were light, durable, long lasting and incredible quality for the time. The CD was the very beginning of the digital era. As computers and mp3's started gaining popularity in the 1990's it became obvious to some that it would be simple to download music from the CD's onto the internet starting services like Napster. Despite all this CD's continued to sell because there was no way of storing music on anything other than a CD at the time. Record companies assumed that the CD would remain the superior form of digital storage and that counterfeiting them would be impossible. Today CD sales are constantly declining, however people still own and purchase CD's and DVD's, even though their popularity is declining compact discs still made a significant impact on society and began a digital world leading to technology we never knew was possible until now. Although the CD took us forward in technology there are more negative impacts from its creation other than piracy. CD's and DVDs are made from harmful materials such as poly-carbonate plastic, petroleum-based lacquer and paints, aluminum and other metals. These materials release chemicals that cause  numerous environmental and health problems whenever they are produced or destroyed. An Environmental Protection Agency survey reports that 100,000 pounds of CD's become outdated, useless or unwanted every month in the United States. Even though we now have the technology to replace CD's with completely digital files, they are still being manufactured and sold because there is still profit to be made. CD's are another example that large corporations will do anything for profit despite the harmful side effects and inevitable decrease in sales.